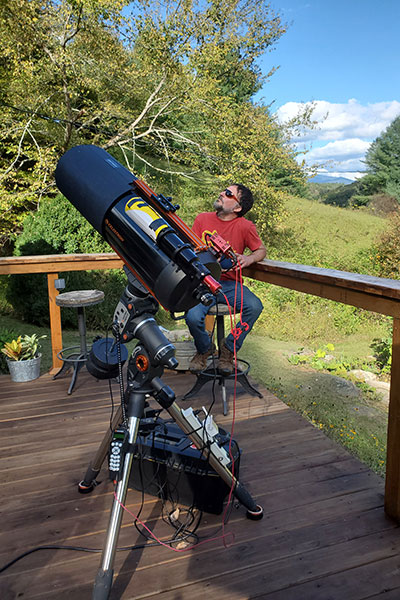 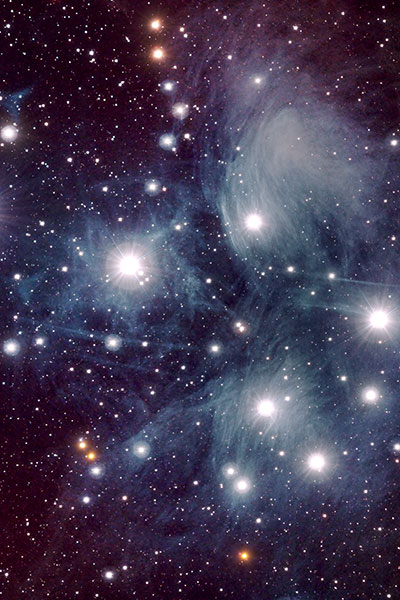 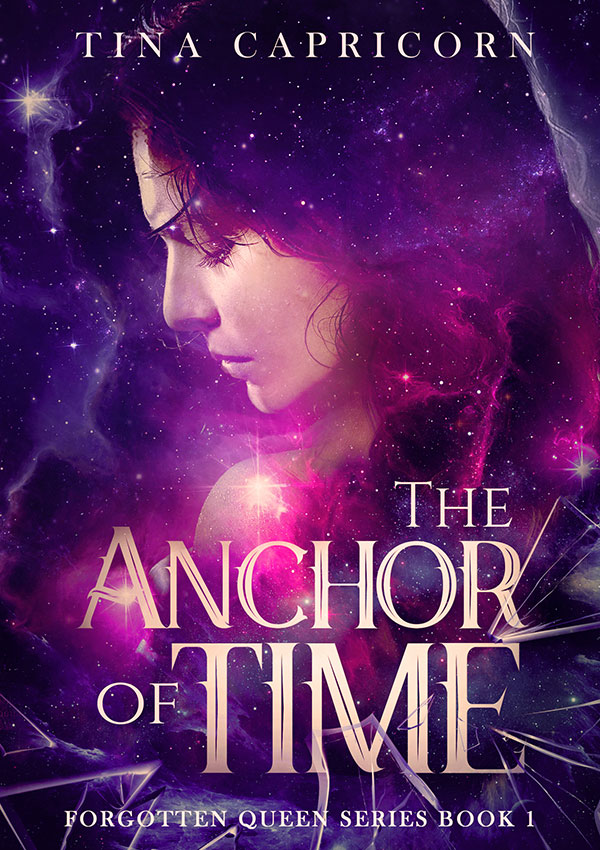 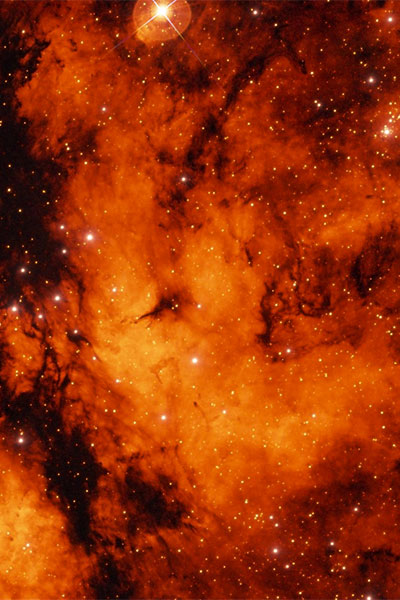 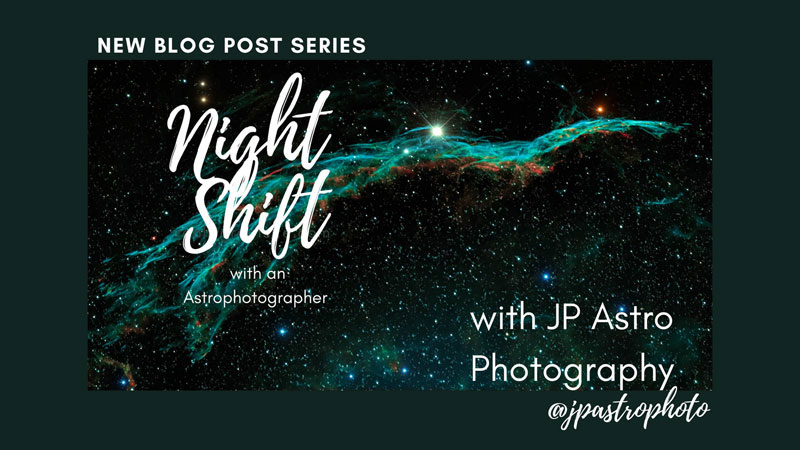 On any given week, Jeff is photographing as much as possible of the night sky–depending on the weather and the moon of course.

I did a virtual interview, to find out more about these amazing cosmic images Jeff and Katie capture from their porch in Green Mountain, NC.

Is it a pretty smooth process to capture these images? The telescope looks impressive–

Jeff: No. Timing is everything when it comes to astrophotography. Atmospheric conditions, moon cycles, and curious wildlife need to all be in sync in order to have a successful photoshoot. When they are, the results are stunning.

Katie Anne: Smooth is not exactly how I’d describe it. Jeff makes it as smooth as possible, but as always with multi-layered technology, there are some hiccups. In early September we did a series of Instagram posts (@jpastrophoto) where we talked in depth about the process and all of the conditions that need to be just right in order to have a successful shoot. Check it out.

Love that was written in the stars

“I have fond memories of stargazing growing up in rural Maryland. When I was a baby, my dad would take me out every night to look at the moon, and according to him, ‘moon’ was actually my first word.”

Jeff has been photographing the night sky for two years, starting out with a patch of sky about the size of a postage stamp in a light polluted neighborhood of West Asheville before moving his telescope (and home) permanently to a remote hollow in dark sky-certified Yancey County.

Katie Anne and Jeff both had an affection for looking up at the night sky, before they even met.

“The skies out here are just about as dark as I’ve ever seen in my lifetime. Not every astrophotographer gets this kind of nighttime view from their own yard. And the community here is supportive of dark skies. The Bare Dark Sky Observatory (and soon-to-come Arthur Planetarium) is close by and does a lot of community education and outreach to introduce people to the stars and inspire them to minimize light pollution. It’s a great place to practice this hobby.”

The Pleiades cluster–also known as the “Seven Sisters” or Messier45–is visible from pretty much every part of the globe. Described as “a tiny misty dipper of stars”, this open star cluster is considered to be ‘middle-aged’– but not to worry, they are still HOT (sorry, I couldn’t help myself). With an estimated age of around 100 million years, these are B-type stars (spectral type B, also they are blue which also indicates heat) and can be found in the north-west constellation of Taurus.

“This is the Forgotten Queen’s constellation, and the stars are the Seven Maidens of Time,” Vincent began. “The legend goes that there is an eighth star, or eighth maiden—the Dark star. She is the Queen of the Dark, the Aeor, the Origin from which all they all emerged.”

—  The Anchor of Time

To locate the Pleiades cluster (you can do this without the aide of a telescope!) simply find Orion’s belt–which is three big stars all in a row. Next to Orion is a the V-shaped pattern of stars with a bright star in its middle. The V-shaped pattern is the Face of Taurus the Bull. The bright star in the V – called Aldebaran – depicts the Bull’s Eye. A bit past Aldebaran, you’ll see the Pleiades cluster, which marks the Bull’s Shoulder and looks kind of like an upside-down question mark.

The legend of the Pleiades cluster is based on the Greek myth of the seven divine daughters of Pleine. This star cluster inspired the cover of The Anchor of Time, from hours spent gazing at photos from the Hubble Legacy Archive, in conjunction with Space Telescope Science Institute (STScI).

Many a night I saw the Pleiads, rising through the mellow shade,
Glitter like a swarm of fire-flies tangled in a silver braid.

How to purchase a JP Astro Print

Check out the JP Astro website (jpastrophoto.com), and you too can have an interstellar image on your wall. These images make a great one of a kind gifts for the holidays and you will be supporting a local business owner–as well as showing your interest and love for the cosmos! Triple win!

Interested in on-site astrophotography and live in WNC or a surrounding area in the southeast? JP Astro is now offering custom deep sky astro images or Milky Way images shot from your own back yard or meaningful location of your choice.

Contact JP Astro for more info on any on-site astrophotography, and visit their website to purchase your very own image of the cosmos!

Sign up for Bella’s Cosmic Newsletter for monthly features on cool astronomy topics, along with a featured photo from JP Astro Photography!